Registration for Sask Northern Powerlifting Open on July 13th, 2019 is now open! ⁣⁣Entries are capped 56 lifters. Entries are being accepted until June 23rd, 2019.

You can register at: https://forms.gle/k8akeg8VRnD9Zvow5

Any questions can be sent to meet director, Gwen Grasdal.

A final thank you is extended to our Team Saskatchewan National Sponsors. Your support allowed our athletes to look their best and proudly represent Saskatchewan at the 2019 Canadian Powerlifting Union National Championships.

Registration for War of the West Open on May 18th, 2019 has opened but quickly filled all spots!

Registration for Synergy Strength Powerlifting Open on April 20th, 2019 is now open! ⁣⁣Entries are capped at 20 lifters for bench only and 56 lifters for 3-lift. Entries are being accepted until March 29th, 2019.

You can register at: http://www.synergystrength.ca/store-1/synergy-strength-powerlifting-open-april-20th-2019

Any questions can be sent to meet director, Marc Morris. 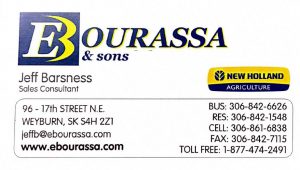