Entries are being accepted until January 12th, 2022.

You can register for this meet here.

Any questions can be directed to meet directors Ryan Fowler at ryan.g.fowler@gmail.com.

Please note: This meet will follow all provincial or national health guidelines for Covid-19 regulations. This means depending on current situation at the meet masks, proof of vaccination, and/or social distancing may be required. Updates on requirements will be sent to athletes ahead of time, if any lifter refuses to follow guidelines during the event they will be removed from the meet and not refunded.

The Saskatchewan Powerlifting Association will be following the IPF Covid Guidelines for all meets in the province. You can see the guidelines here: https://www.powerlifting.sport/fileadmin/ipf/data/championships/informations/2021/IPF.Covid.Precautions.pdf

You can register for this meet here: https://ryanstinn.typeform.com/to/BeX475Hu

Schedule will be determined after entry deadline. A detailed schedule of sessions will be sent to registered athletes after the entry deadline of November 6th, 2021. Please note: entries will be confirmed once payment is received.

Any questions can be directed to meet director Ryan Stinn at stinndler@gmail.com

With the departure of Ryan Fowler as President of the association and an election year for numerous executive positions, we are happy to present the current SPA Executive:

The SPA would like to offer its sincerest thank you to Ryan Fowler for his contribution to the sport over the past 16 years as SPA president:

In 2005 at Provincials in North Battleford I was voted in as the SPA President, and I have spent the last 16 years in that role, serving the membership of the province and working to grow this sport.  I have seen our association go from a membership of 19 in 2005, to a membership of 264 in 2019 prior to Covid.  I have watched Classic lifting come into full force while equipped lifting has seen a resurgence of interest.  In that time, I have seen 53 local competitions, 16 Provincial Championships, 3 Western Canadian Championships, 2 National Championships, 1 North American Championship and 2 World Championships all hosted incredibly well by members of the SPA!  I have watched as our lifters have achieved high levels of success at the International stage, being ready to lift on those platforms because of the work the SPA has done to provide the highest quality competitions for our athletes here at home.

I believe that the SPA is the leader in the country for powerlifting at multiple levels, and I know that every SPA executive member who I have had the opportunity to serve alongside has helped to shape what the SPA is and the leading association that we are.  It is time to pass the torch, and allow the new executive to move the association forward in new and exciting ways.  I want to sincerely thank everyone for the opportunity to serve in this capacity.  I am so excited for the future of the SPA, continuing to grow and be a national leader for the sport!

Chris began competing with the SPA in 2007, back when lifting was only equipped. He was one of a very small handful of lifters competing out of Saskatoon and quickly became a staple at all SPA competitions around the province. Chris has competed at all levels of competition – locally and then representing Saskatchewan at numerous National Championships. He holds multiple provincial and national records, is a national champion and has also served as the Head Coach of Team Canada for the 2012 Classic Cup, which was the IPF’s inaugural Classic Championship.

Chris became the Vice-President of the SPA in 2012, serving the province in that capacity until 2020. Chris was a valued member of the SPA executive, spearheading numerous policy changes, negotiating the agreement with Special Olympics Saskatchewan and overseeing the development of the sport in Saskatoon and around the province. Chris’ leadership and guidance on the executive was invaluable, providing a voice of reason and sound thinking along the way. Chris not only led at the provincial level, but was also instrumental in policy development at the national level, leading the development of National Policies helping the CPU continue to grow and advance as a National organization. Chris was also a tireless advocate for both equipped and classic powerlifting, competing and coaching in both disciplines and advocating for both.

Chris has given back to the sport time and time again. His passion for the sport has been unwavering in and out of competition settings. In addition to the role of Vice-President of the SPA, he consistently and selflessly has volunteered beyond this role, spending numerous hours refereeing, spotting and loading. There are countless powerlifters in the province – novice to seasoned – who are grateful for his wisdom,

knowledge of lifting and the other limitless ways he offers support. If you have had the privilege of lifting beside Chris, you do not forget the presence and power he brings to the room. Most of all, you walk away a better powerlifter because of him.

For these reasons and with the utmost respect, it is my honour and pleasure to announce Chris Arnold as our 2021 Builder of the Year.

We are happy to announce that this year’s inductee into the Saskatchewan Powerlifting
Association’s Hall of Fame is …. Rhaea Stinn.

Rhaea has been participating in powerlifting in Saskatchewan since 2002, when she
was 14 years old. There have been many highlights over her career thus far. She is a
multi time national champion, and has competed at three World Games events.
She is a previous and current holder of several provincial, national, and world records in
multiple age and weight classes. Rhaea currently holds the bench press world record
and total world record in the 84kg weight class; and holds the world record in bench
only in the 76kg and 84kg weight classes. Rhaea is one of the only people in the history
of powerlifting to have claimed the World Champion title as a sub-junior, junior, and
open lifter.

Beyond being a highly decorated athlete in the sport, she also gives back countless
hours to the sport as a referee, volunteer, mentor, and meet director. We are very proud
to have her as a member and representative of the sport in Saskatchewan. Please join
us in congratulating Rhaea as this year’s inductee into the Saskatchewan Powerlifting
Hall of Fame.

The SPA 2020 AGM will move forward on Friday September 25th at 7pm via Zoom. Please find the agenda here as well as the proposed changes for the Constitution here. The link for the meeting is: https://uregina-ca.zoom.us/j/92408654381 ⁣
⁣
As a reminder, 3 executive positions are up for election: Vice President, Registrar and Treasurer. Interested individuals should express their interest in running to Ryan Fowler at saskpowerlifting@gmail.com by the end of the day ‪on Friday, September 11th⁣.

After numerous discussions and deliberation, the SPA Executive has decided the Saskatchewan Powerlifting Provincial Championships will not be held in the 2020 calendar year out of the best interests of its members. The Executive is working hard to develop a comprehensive return to a safe level of play plan for future meets to ensure the health and well-being of everyone involved.⁣
⁣
As reminder, recommendations and requirements of the Saskatchewan Government COVID 19 regulations do not permit Saskatchewan athletes to participate in sporting competition outside of the province. We will aim to update our membership if this changes: https://www.saskatchewan.ca/government/health-care-administration-and-provider-resources/treatment-procedures-and-guidelines/emerging-public-health-issues/2019-novel-coronavirus/re-open-saskatchewan-plan/guidelines/outdoor-sports-and-activities-guidelines⁣
⁣
The AGM will still be held on Friday September 25th at 7pm via Zoom and the agenda will be sent closer to the date. The link for the meeting is: https://uregina-ca.zoom.us/j/92408654381 ⁣
⁣
3 executive positions are up for election: Vice President, Registrar and Treasurer. Interested individuals should express their interest in running to Ryan Fowler at saskpowerlifting@gmail.com by the end of the day ‪on Friday, September 11th⁣
⁣
Yours in Strength,⁣
Saskatchewan Powerlifting Association

Entries are capped to 42 lifters (3-lift) and 14 bench only and are being accepted until April 11th, 2020. Please note: entries will be confirmed once payment is received.

You can register for this meet: https://docs.google.com/forms/d/e/1FAIpQLSf5Yoxc3HB0WjEM2HmGcfSyfi_g-u7A8zz_7bj7VjM95dbMEA/viewform

Any questions can be directed to meet director Jaime Otitoju at jaime@foundationfitness.ca

A huge thank you goes out to these sponsors for supporting our Provincial Team headed to 2020 Canadian Powerlifting Union National Championships in Winnipeg, Manitoba on March 3rd-7th.

Thanks to these sponsors, we are able to outfit our Provincial Team with attire for this championship. 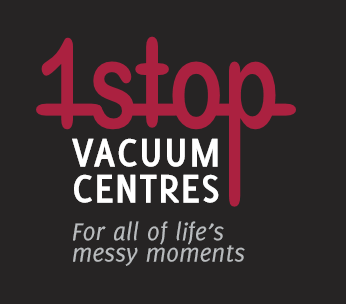